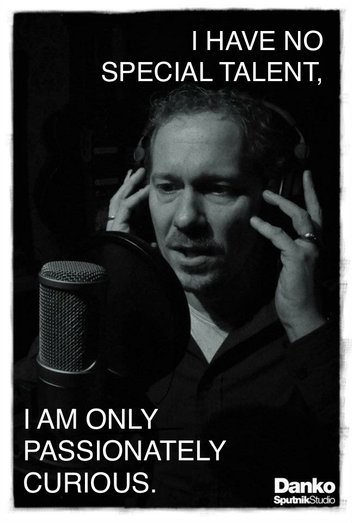 I have always been very passionate about music. As a child I was having a lot of big concerts in sold-out stadions.. yes indeed... in my dreams :-).

Dreaming and playing the first chords

At home we had a guitar but I could only hold it in my hands and dream I could play. It was at age 26 that I first learned to play the 3 basic chords: A, D, E. Unbelievable how many evergreens you can play with only 3 chords. Until my friend/teacher Jan, who taught me these 3, added a few songs with 5 chords while I played 3 of them and took a small break when he was playing the 2 new: C, G. The break was more than welcome since it gave me the time to prepare my next chords.

The passion caught me so that every time I learned new chords, Jan found other songs I liked with guess what... 2 new chords.

I could never play too long since my fingers suffered from the metal strings. The more chords you learn, the number of songs you can potentially play are growing exponentially.

My feeling for music, most likely developed when faking concerts when I was young, helped me to play songs almost immediatelly when I got my hands on the chords.

For me this was actually enough. I don't like practising songs because there are too many songs I like to play.

Practising for me means playing a song list based on my feeling of the moment, in other words: playing a concert for 30.000 people ... in my dreams. Yes indeed, I'm 45 now but am still the same young boy with the same dreams.

Learning additional new things like solo's and riffs would take me too long of practise so the passion would be gone and to say it in business terms, the ROI (Return on Investment) would be way too low.

So I prefer that it stays my passion learning things at my own pace.

After a few tryouts for friends and family I just agreed on a performance in a pub, just me and my guitar. The moment they ask me I'm dreaming and loudly say: yes! But when the moment comes closer I start asking myself: why did I give in? I don't know enough, I'm not a musician! 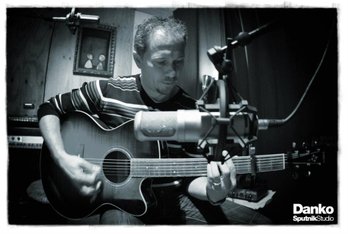 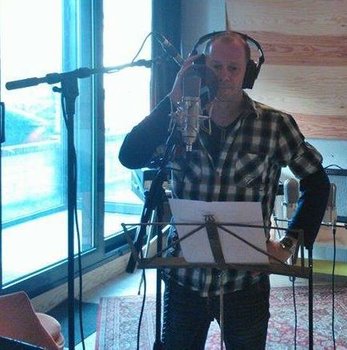 Not a musician, not a song-writer:

Knowing to play only chords I actually see as an advantage. When I just play some rythm on my guitar I am 'limited' to use the basic chords which make it more straight forward and easy since I can not start to play difficult solo's.

Next to that are all evergreens based on simple 3 or 4 chords, extended with some solo's.

Writing my first song 'It's Your Life' started exactly like that.

Beside that I am always full of ideas comparing real life with symbolic examples. In this song I see life as driving a car where someone always tells you what to do and where to go, while you should be driving your own car, your own life.

After finishing 5 songs like that friends often said it was really good and I should do something with this. Since I was a developer for years I started searching for software in which I could add the additional instruments but without success. Then I contacted some friends musicians but also without success. So I started searching online for a studio and by coincidence I found Sputnik Studio (http://www.sputnikstudio.be/) and contacted the owner 'Joes Brands'. I explained him what I wanted to do, sent him some youtube links on which I recorded my acoustic versions and gave him some reference bands how I had the song in my head.

Joes invited me to discuss the process and I immediately felt the positive vibe so we started a week after.

The days in the studio are still today one of the best days of my life!

The process went as follows:

I remember that every single instrument he added I had the feeling: that's it, it's finished.

A few years after I added an additional 6 songs and when inspiration comes I will for sure record some more songs in the future and I will also re-record my voice for some of the songs. 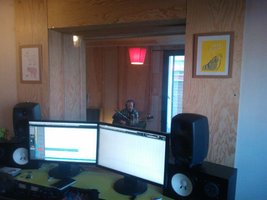 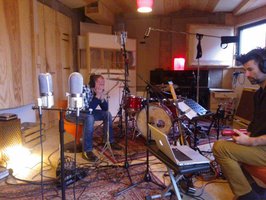 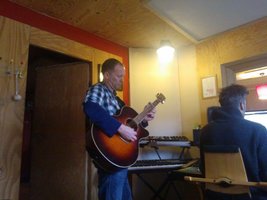 Singing in a band was quit an expience because all of a sudden I had to adapt my timing to other musicians. I remember that I was more nervous for the rehearsals than for the concerts.

As a born Belgian it was exiting and a real honour to be the lead singer of a Yu-Rock band!

Because of circmustances the band stopped after 3 concerts. I have to admit that I really miss Petarda... 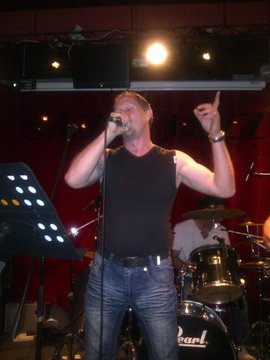 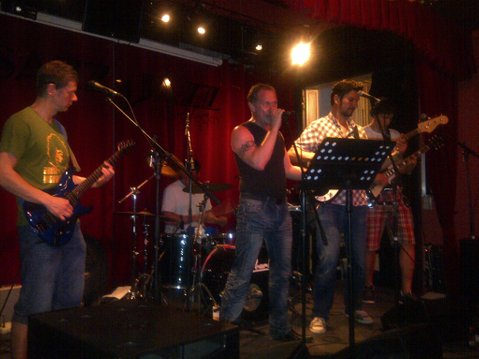 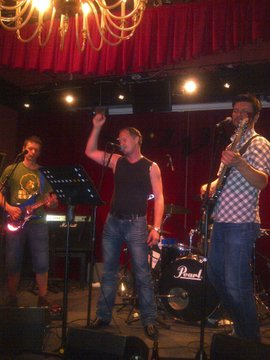 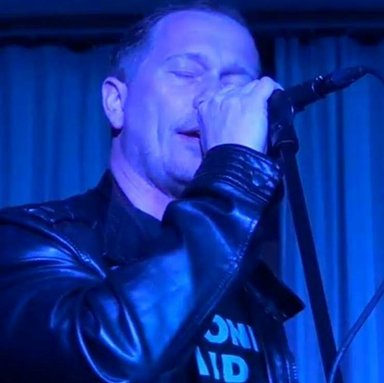 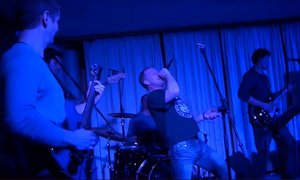 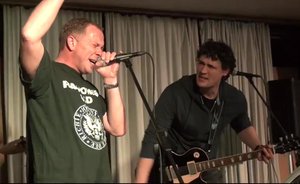 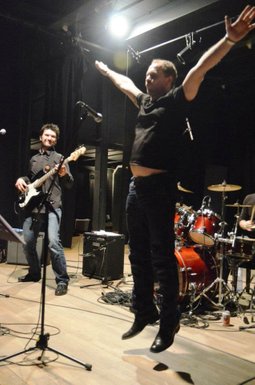 This is almost my bucket list but without any pressure.

For the rest I have no special wishes and I'm happy that music helps me in good and bad times.

This song is one of the favorit songs of my mother.

My mother is my biggest fan which is probably normal but it gives me a lot of energy and love to play and sing.

It also has another story which is even more emotional but I will keep that for one of the more intimite story tellings, e.g. during one of the seminars.

This song was sung by the policemen and army during the day of Republika Srpska 'Dan Republike RS". You will be able to find that on youtube as well as an entire football stadion (Red Star Belgrade) singing this song.

On that moment I was going through a tough period and didn't see my mother for 6 months. The story of the military people missing their home reminded me of that so I searched for the orginal song on youtube. It moved me so much that I immediately started searching the chords and after the 3rd time trying to play it I recorded this and uploaded it on youtube.

It is one of the songs with which I'm crying almost every time I listen.

My friend Sava Miodrag Radivojevic told me to close my eyes and just tell me something about my life and how I felt.

This took half an our without taking a breath while he took some notes.

The next day he called me to pay him a visit and he wrote these excellent lyrics. "Now it's up to you to add the chords" he said.

Not being a musician I explained him that I had never done this before this way, first the lyrics and then the chords.

"You will this time" he said and only an hour after arriving home, the chords were ready.

I recorded it at Sputnik Studio in 1 day and I gave it as a New Years surprise for both the song-writer and the special woman the song was dedicated to.

Not the best sound but this was my first performance in Serbian for a Serbian public.

I love to do this because Serbs are very emotional about their evergreens and the respect you get as a belgian singing in their language gives a lot of energy and a special warm feeling.

A friend of mine wrote a lot of evergreen lyrics which are very popular folk songs in ex-Yugoslavia.

He never really got the credits for those and still has about 150 great lyrics ready.

In order to try and help him I have put chords and a rythm on one of these lyrics.

Yes I know serbian and yes I play guitar but I can never put the balkan emotion in these songs. Nevertheless we like this song.

The day I have enough money I will buy all his songs and give them to my favorit singers on their local "Voice" - 'Pinkove Zvezdice' and 'Pinkove Zvezde'.

After recording the song of my friend Sava I was left with the feeling that I had never written a song in serbian myself.

So after some help of Mr or Mrs Google I have created my own serbian song!

It was again passion that helped me doing something I never thought I would be able to do.

I wanted to post it on youtube so I was making some quick drawings myself and uploaded it. Only 3 years later it has about 20.000 views.

Do I have any special wishes? Not really  ... but it would be nice to be invited once by serbian television... :-)